Installation at Tramway Plaza in cooperation with New York City Department of Parks, Arts and Antiquities.

One of the conclusions from working in architecture and engineering is that innovation is tied to new structures and new materials. That idea had been reinforced for me by my experience building sailboats and bicycles. I had done experiments with lightweight structures using balsa wood, carbon fiber and epoxy resin bonded together under pressure. The results were often astounding in terms of the formal possibilities and new freedoms of design expression. I decided to explore some of these with sculptures. One added ingredient was the use of traditional 3/8" aluminum armature wire, sold in large rolls and used to give shape to clay sculptures. By creating a large open shape with armature wire, then cladding it with the 3/4" thick balsa blocks used in boat construction and wind turbine wings and then wrapping it in carbon fiber fabric and epoxy, I could create very lightweight but strong web-like structures. After several experiments, I realized that branching forms were possible where one element would divide into two and then two more. The results showed that organic hollow vessels could evolve from this approach.

Eventually I created the "Flame" sculpture that was 28' high and about 5' wide but could be lifted by one person. I knew that if this was to be erected in a public space it could not invite climbing and therefore it evolved into a tree-like structure with a trunk and ballasted base. To prove its stability, I erected it on a windy exposed site near the Hudson River and let it sit in periodic gale winds for four months. It shimmied a couple of inches at the top in extreme winds but never felt dangerous. In a way it came alive.

The New York City Department of Parks permits art works to be installed in public spaces after careful review and approval by its staff. I scoured Manhattan for public spaces that I thought might work as a setting for "Flame". One such space was Tramway Plaza at 59th St and 2nd Avenue near the aerial tramway to Roosevelt Island and the Queensborough Bridge. There was a huge amount of foot traffic and a small park into which my sculpture would fit and be accessible to the public. The Parks Department accepted my proposal after I provided calculations that I had stamped as the Architect of Record. I had to supply my own insurance policy and arrange for the erection and delivery of the piece as well as its removal after one year. With the help of my sculptor friend, Malcolm McDougal, who had built the ARC sculpture for me, we managed to get the piece installed within the 5am to 7am window allowed us and without the use of a crane.

The piece and its base instantly became a playground for the neighborhood children and a sitting place for passers-by and therefore fulfilled one of my objectives of adding life to a public space. It was well received and I was able to leave it in Tramway Plaza for another year. The pigeons particularly liked it. 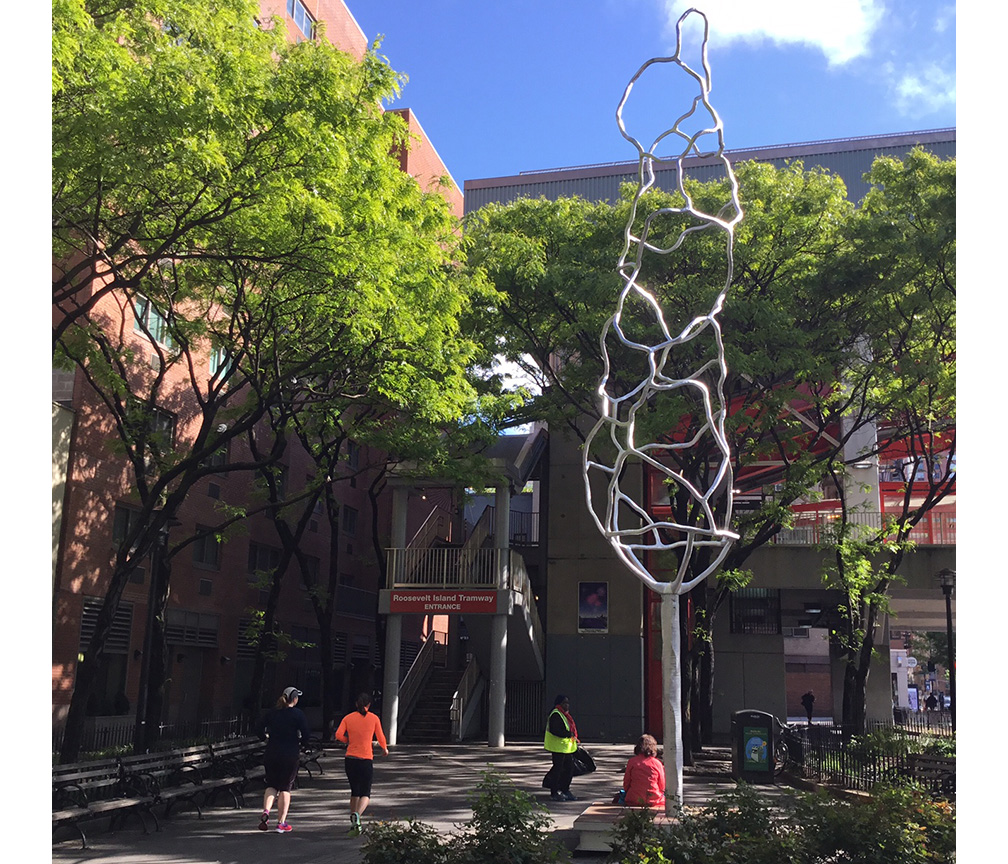 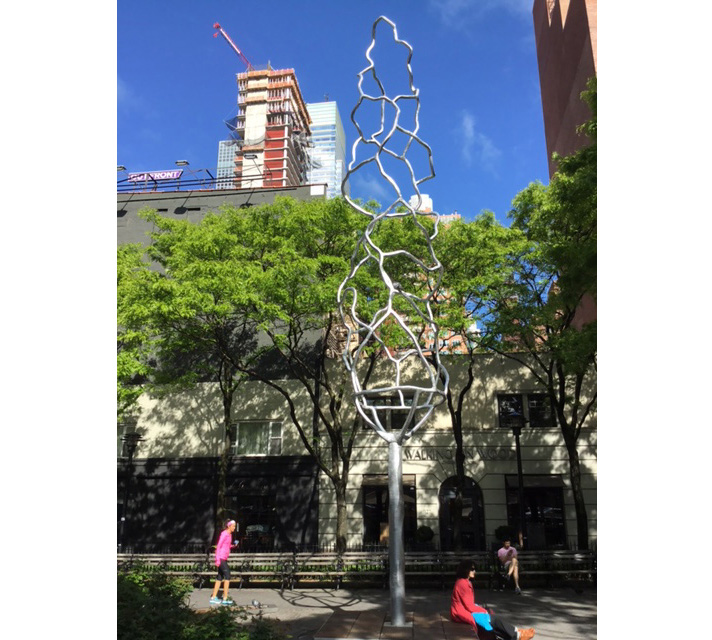 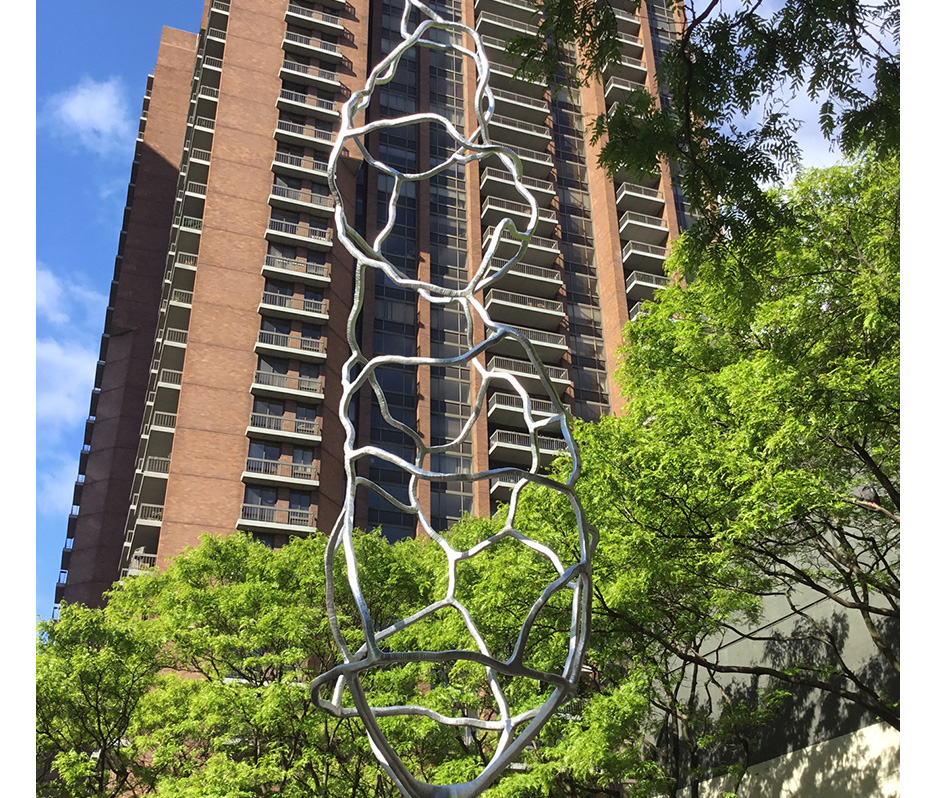 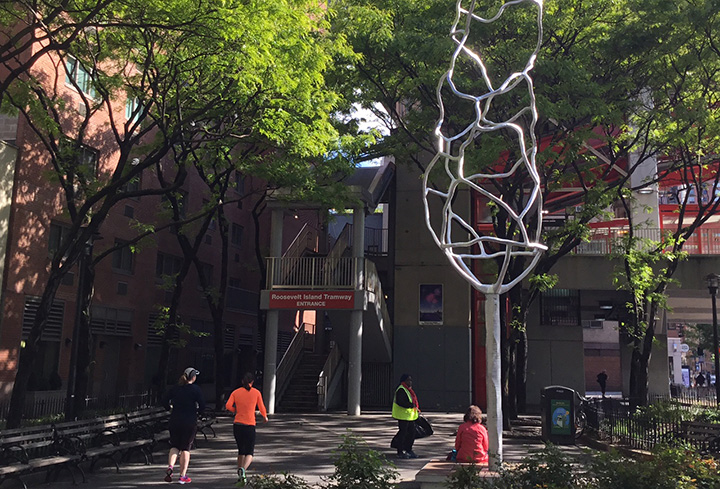 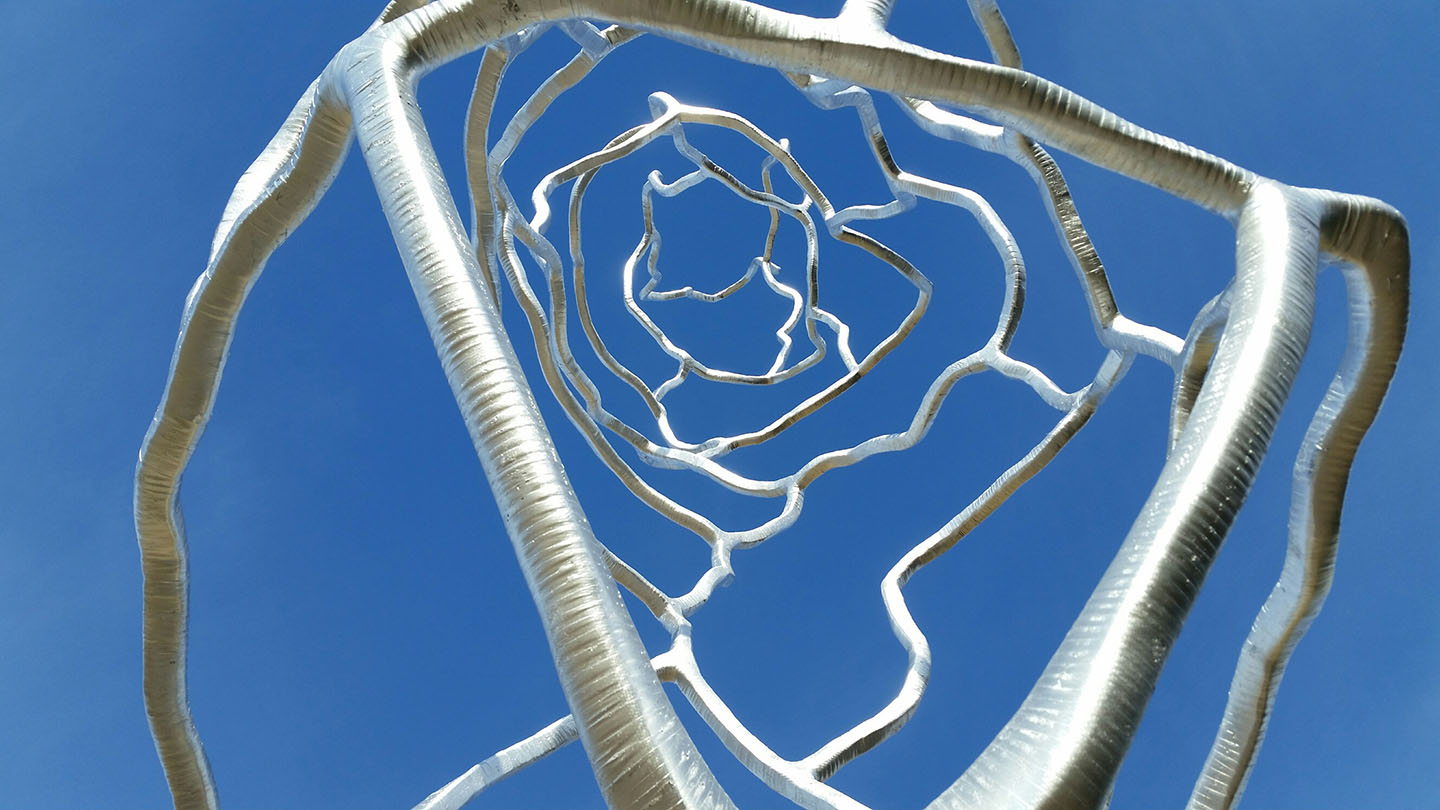