On September 11, 2001, the twin towers collapsed after being struck by aircraft. The author was there in the street at the moment of the first tower's collapse and along with thousands of others had to flee the roiling clouds of debris. This provided motivation to submit an entry to the World Trade Center Memorial Competition, partly as a means of working through the traumatic experience. Hundreds of other entries came in from around the world and the winning entry by Michael Arad is a pair of voids in the ground surrounded by waterfalls cascading into the footprint of the towers. It is highly successful and draws people from around the world to contemplate the immensity of the tragedy.

Another approach was to look at the skyprint of the towers, with their tremendous height, shimmering outline and overlapping shapes. This was the direction the author chose: to recreate how they appeared on the skyline, to be visible for miles yet transparent, framing rather than blocking views, the soaring shafts and unifying bridges creating Windows to the sky, portals to the infinite.

The building process itself became a metaphor, with the memorial being built from the top down with the framework being extruded from the ground into the sky by powerful jacks. The openness of the design made this possible and the minimal vertical and horizontal elements could contain enough space for circulation and exhibits while the outline structure provided sufficient support. Light could still reflect off the edges as a reminder of the original towers.

The names of the 3022 dead would be carved into the risers of the monumental staircase at the center of the footprints and oriented to catch the light of the setting sun. All the names could be seen a glance and the stairway would be the gateway linking the tower outlines and footprints with the fabric of the neighborhood. The Memorial thereby becomes not only a gateway to the site but a transcendent celebration in the sky of the lives of the victims and those who sought to save them . 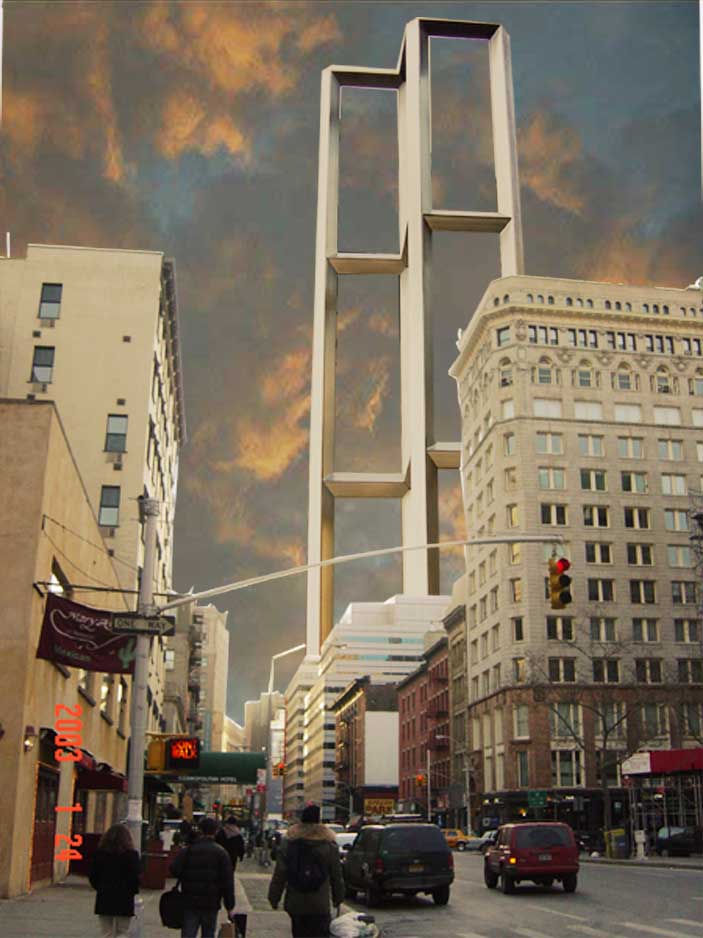 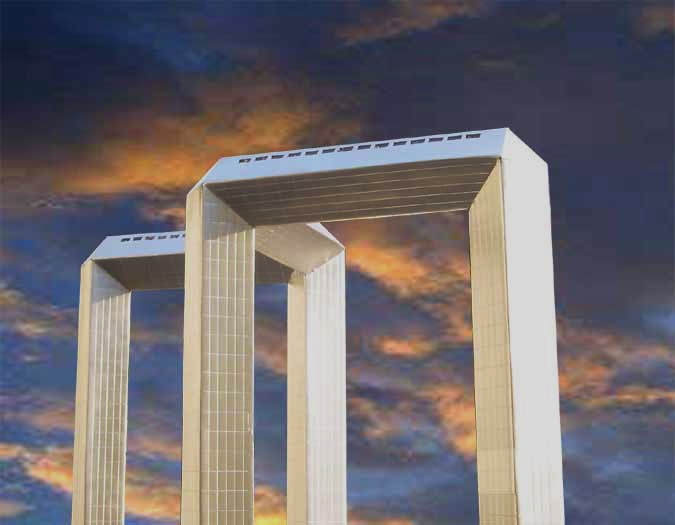 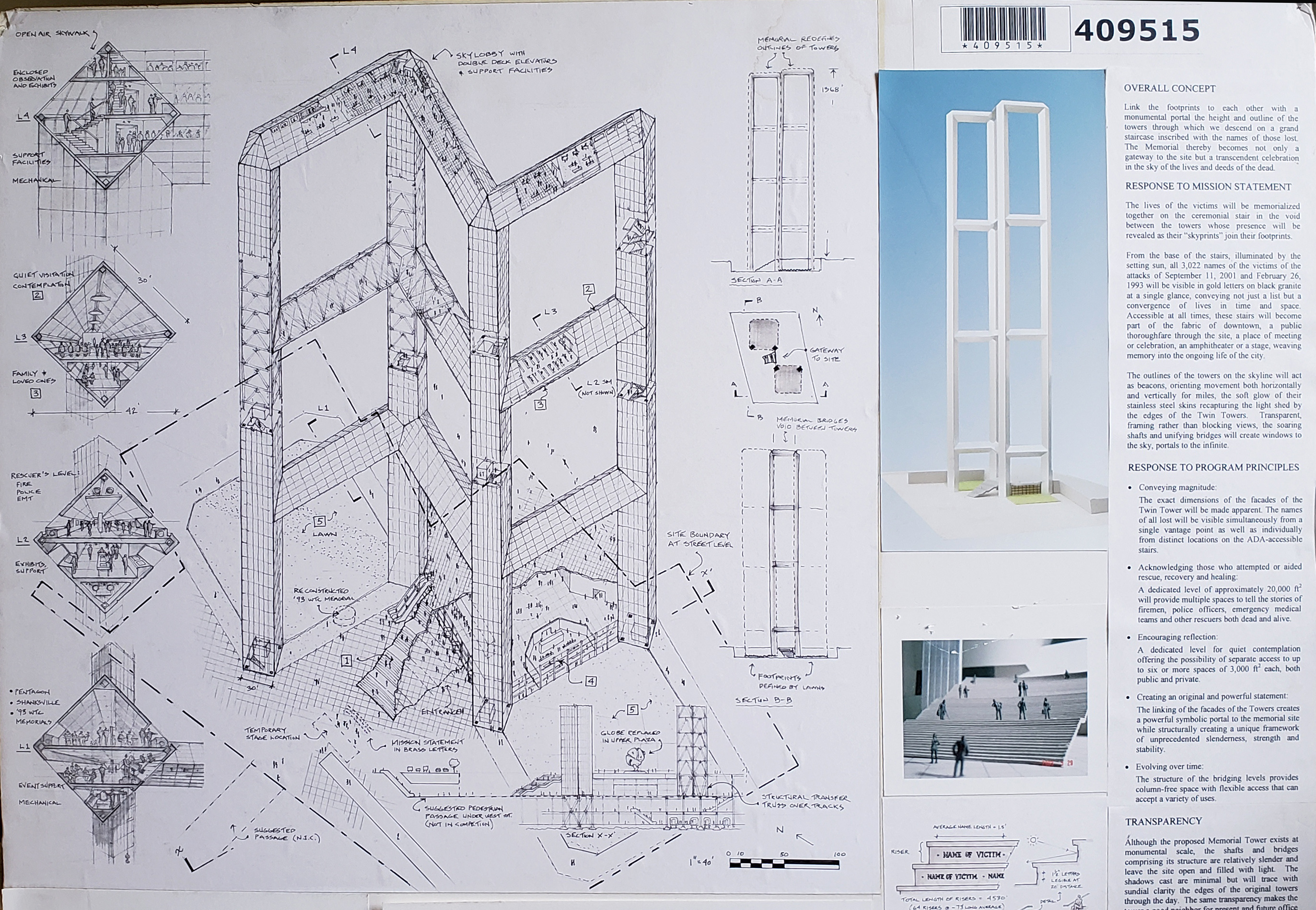 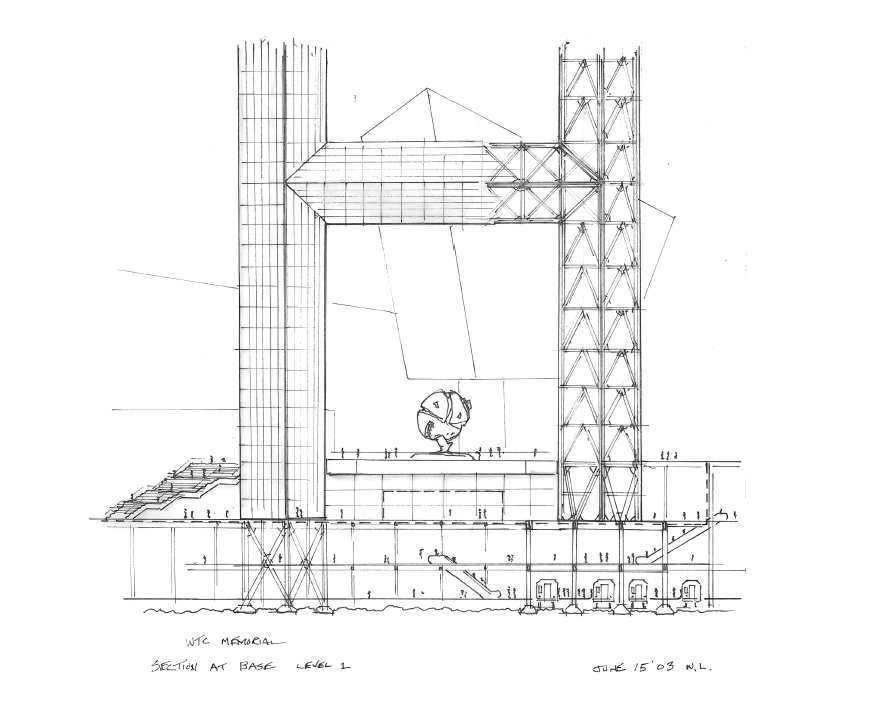 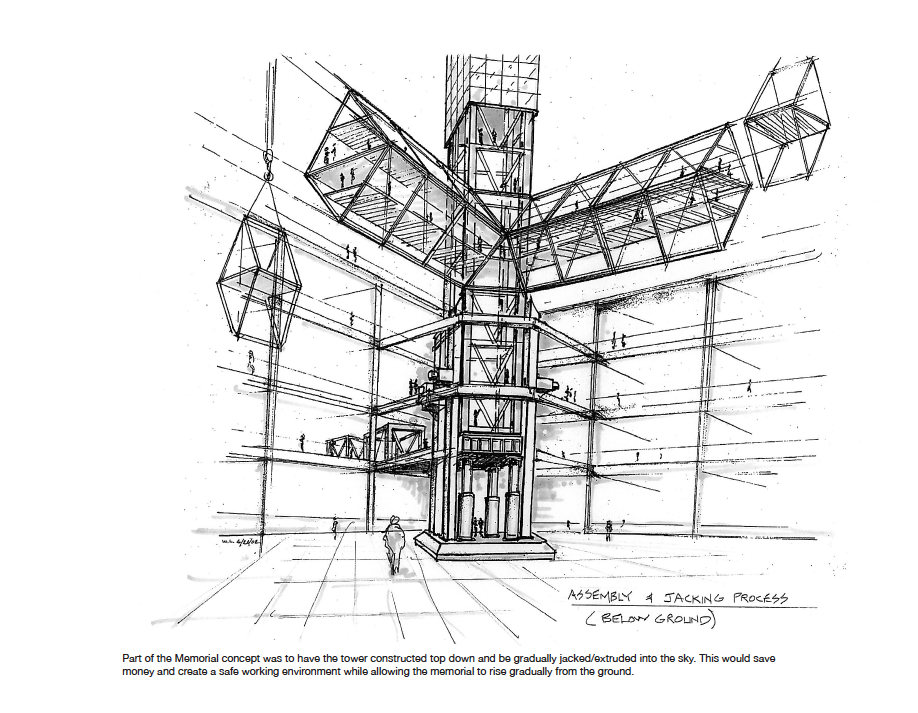 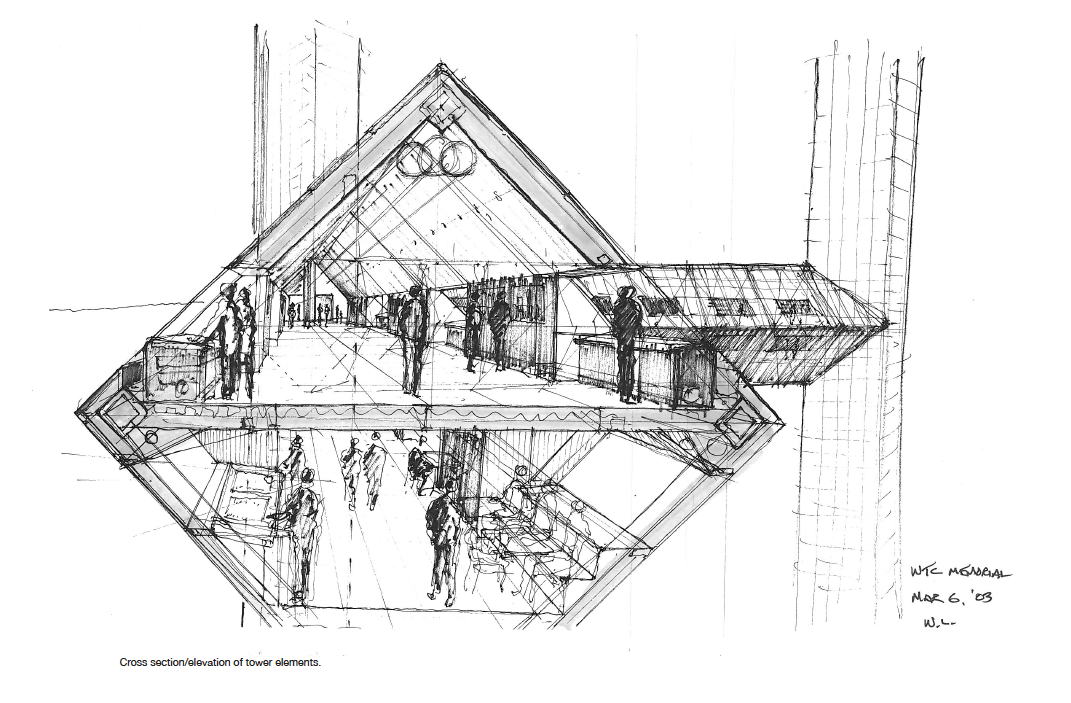